My first big purchase online was in 2000 when I purchased the Acer TravelMate 508T laptop for RM5000+. Having a laptop with a 12.1 TFT screen with a 500 MHz processor was kind of exciting back then.

For a while the laptop served me well but it wasnâ€™t long before problems started to crop up. I had to repair the hinges twice; which cost me around RM300 each time. While the laptop is still working today, I’ve stopped using it a couple of years back when the hinges broke again for the third time.

Itâ€™s also obvious that at 500 MHz, the processor wonâ€™t be able keep up with the demand of todayâ€™s CPU hungry software.

Since then every time I travel, I would leave my work behind which was good because I could concentrate on having a break instead of thinking about work.

Fast forward 8 years later, the demand of work requires me to be online more frequently, and so I decided itâ€™s time to get a new laptop – yes it took me that long to buy another laptop lol. I am not really a fan of working from a cyber cafÃ© due to security reasons. Who knows what people have installed or rather, have not installed on the public terminals that could prevent others from spying your online activities.

I had no choice but to go online if I wanted to get the latest hardware at an affordable price. So I headed to my favorite online computer store at Dell.com.my and waited a few weeks for any deals that tickles my fancy.

When it comes to purchasing computer hardware, the best time to buy is now. However I was hoping to get a laptop equipped with Intelâ€™s first five 45 nanometer (nm) processors, codenamed â€œPenrynâ€ and that’s what the waiting was for.

Soon enough the dual core 2.5GHz T9300 and 2.6GHz T9500 featuring 6MB of L2 cache were rolled out of Dell Malaysia assembly line. When it comes to choosing a processor, I usually settle for the â€œsecond fastestâ€ processor which I think is good enough for my long term needs as the 2.6GHz would have cost me an arm and a leg.

Thereâ€™s an option to add a Blu-ray drive but since I donâ€™t usually watch movies on my laptop I chose not to add one. In addition itâ€™ll add an extra RM2000 to the laptop price. The option to add a 64GB solid state hard drive was enticing but I figured the performance gain won’t justify the extra RM3000 price tag as well as its small storage capacity.

After doing some research, I settled for the Dell XPS M1530 laptop. Personally I think it is one of the sexiest laptops I have ever seen. Sure some people may argue that the Apple MacBook Air wins hand down in the design department. 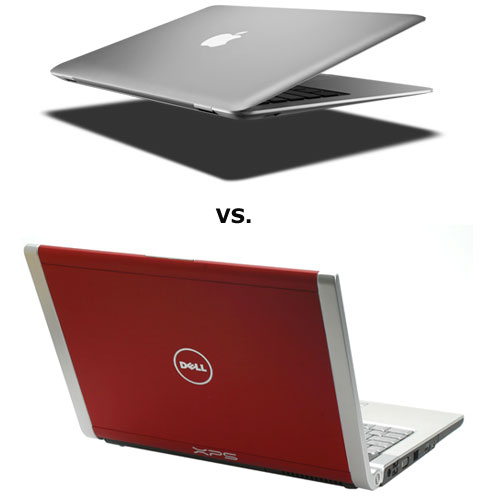 While the Dellâ€™s laptop canâ€™t beat the MacBook Air ultrathin form factor, with the same price tag I am paying for my Dell laptop, I would had got a 13 inch screen, 80GB hard drive with a 1.8GHz Intel Core 2 Duo processor MacBook Air. I know some people donâ€™t mind paying for a lower specs system just to enjoy the status symbol but I guess for me practicality wins 🙂

Besides, as a Windows software developer, thereâ€™s no much point using Mac OS X as my OS environment.

So hereâ€™s my laptop specs

The total cost inclusive of delivery to East Malaysia is RM7218.00. The price includes Office 2007 Professional OEM which adds RM1015 to the base price.

Instead of opting for the 4GB RAM, I opted for 3GB RAM forgoing the ability to run the memory at dual channel which may improve performance. Iâ€™ve read somewhere that having a dual channel, matched 2 x 1GB pairing will be faster but then again the gain would depend on your other hardware as well.

Hardcore gamers and those primarily running CPU intensive applications would likely benefit from a dual channel setup. Then again the performance increase by having more RAM (eg. 3GB at 1x1GB + 1x2GB) would probably outweigh a lesser amount but faster RAM (eg. 2GB at 2x1GB ).

You can learn more about dual channel memory here.

Anyway, just for fun check out my Windows Experience Index. Obviously the slower 3.2GHz processor limits my desktop’s base score. However I could hardly tell the difference in performance when doing normal tasks as both systems are as fast as they could be.

Here are some pictures of the Dell XPS M1530.

Shipment took less than a week to arrive at my address once the manufacturing build was completed. The online price has dropped RM300 a few days ago which kind of irritating for me but thatâ€™s how things are. Thereâ€™s always a better and cheaper system around the corner. 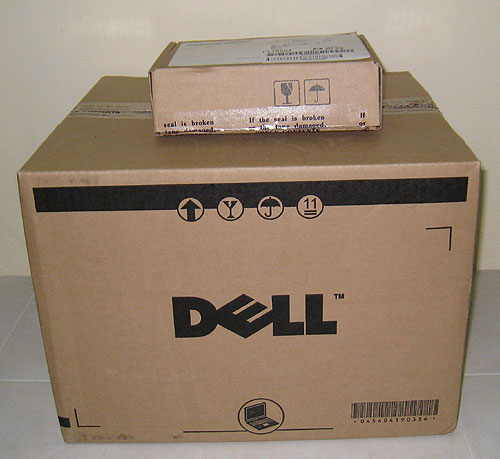 Whatâ€™s in the box? From left: Belkin Home Series MasterCube with 25,000 Max Spike Amperage; manuals, software and accessories; Belkin Sling Bag; and the laptop itself. 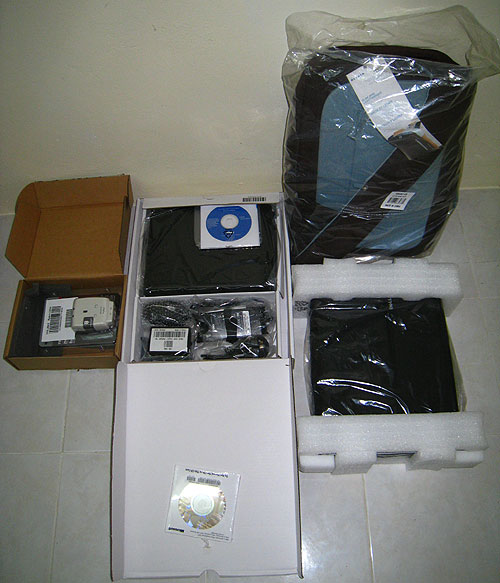 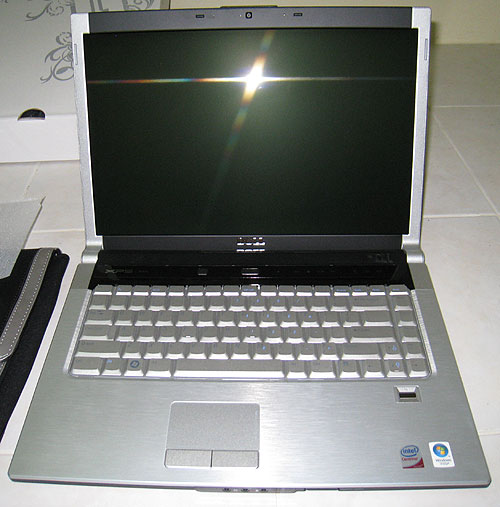 There are three USB ports, 8-in-1 media card reader, a single FireWire port, 1 ExpressCard Slot, an HDMI-out port and other ports you would expect from a high end system. 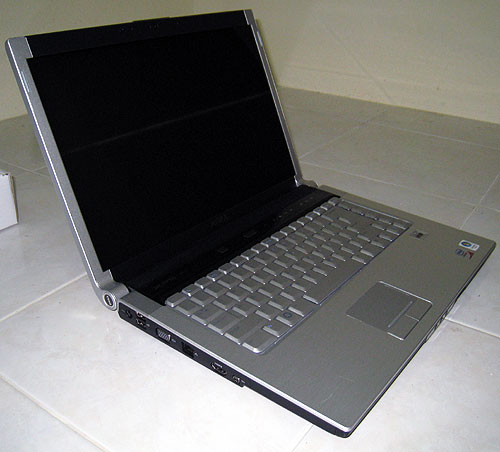 View from the back. The metallic finish gives it a solid and distinct feel of quality and luxury. (Ok I started to sound like a salesman here lol) 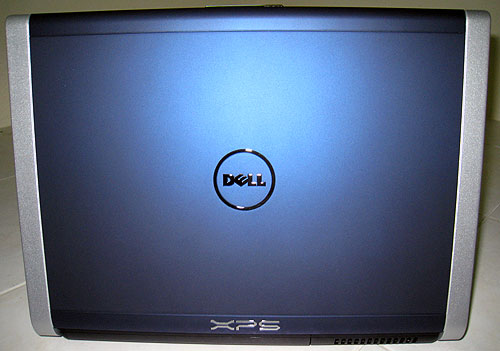 The Belkin Sling Bag which I ordered separately includes a handphone compartment in the shoulder strap. Itâ€™s sure handy but my Nokia N95 is too big to fit in there. 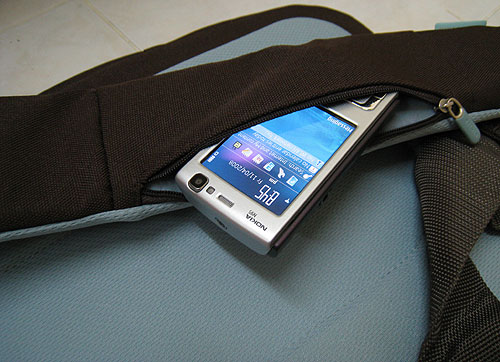 Thick inner lining created using soft material protects laptop from scratches. I actually prefer the Belkin Messenger Bag but the only colour available was Dove/Pink which is too girly for me 🙂 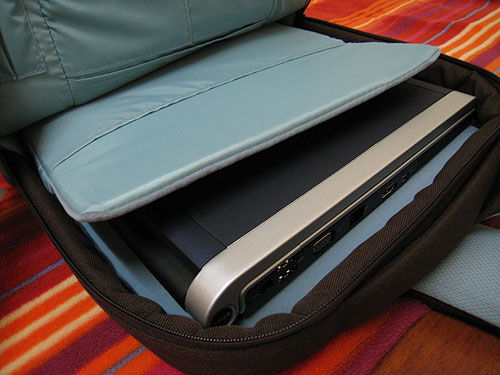 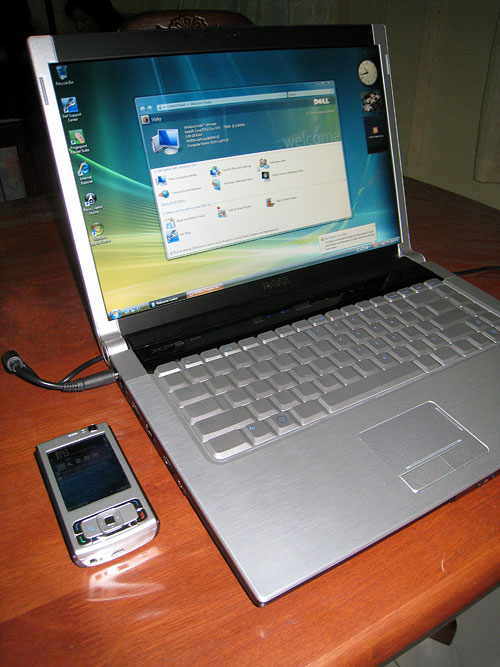 My workspace showing the Dell XPS laptop alongside the Dell Dimension 8400 desktop. 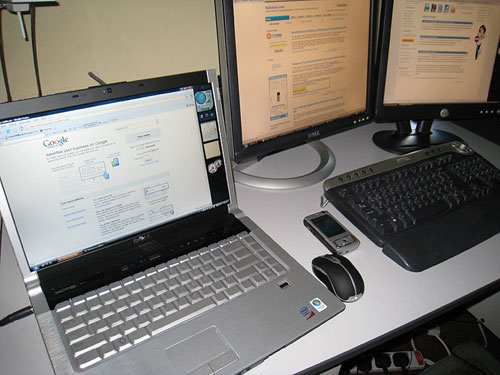 Check out the full review of the Dell XPS M1530 at Notebookreview.com and PCMag.com.